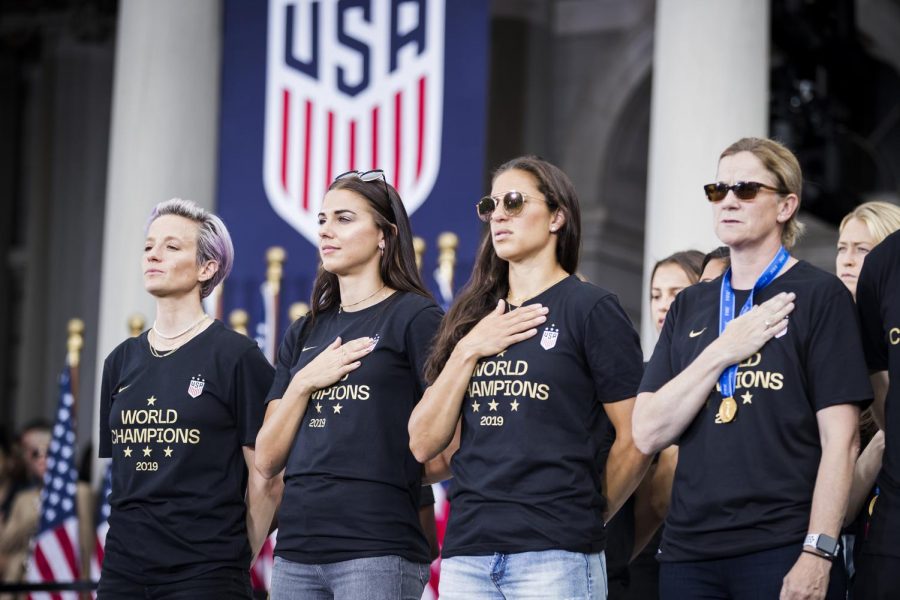 The United States women’s soccer team had a long battle in the court, not even on the field. They want to be considered equal to the US men’s national team. They deserve to get paid the same, if not more after winning four world cups while the men’s team not even winning one. Quite unfairly,  the men’s team has gotten a raise and not even won a world cup. Why can’t women and men have the same raise and same paycheck? This is called discrimination because men are given better opportunities than women. On the US Women’s team there are members who are newly moms and they want to make sure they are able to feed their families.

Being on a National team is a huge deal, but when you don’t get treated right you might have to walk away from your dream. On the US women’s team, players have filed the lawsuit,  wanting to not only make sure they’re okay, but the whole team. The whole United States women’s  team is trying to be a voice for young girl athletes who might one day play in the big leagues.

As the time approaches, hopefully they get an answer before the 2023 Women’s World Cup.  Things need to change in the sport playing field. It is time to say enough is enough; all men and women should be equal on the playing field and off the playing field. Why should it matter if you are a female to get equal pay? That shouldn’t be the question because women are people and they deserve equal opportunities.

Believe it or not women just started getting recognized for their hard work and dedication  on the playing field. It is probably especially harder for women of color on the playing field because not only are they judged by their skin color, but discriminated against because they are female. This shouldn’t be an issue. I want to present you with two quotes from two amazing women athletes. Carli Llyod once said, “I don’t just want to be a participant, I want to have a legacy, I want to have people remember me.” If you are a girl and reading this, I want to let you know, follow your dream and don’t give up and don’t let a man boss you around because your dream matters.  One day if you like sports, I know you will play on the same field just like Alex Morgan, Carli Llyod, and many amazing female athletes.